From a notebook of Tupac Shakur come these lines from a draft of “California Love,” his 1995 duet with Dr. Dre:

Say what you say—

Give me that bomb beat from Dre—

Let me serenade the streets of LA, mkay?

I continue to make my case: I am a fully-realized man!
I look good, if I might say so; I believe you might say so, too.
If female comrades demur, I’ll engage in civil discourse
And endeavor to disabuse them of misconception.

In his 1993 duet with Snoop Dogg, “Nuthin but a ‘G’ Thang,” Dr. Dre does what MCs do: he proclaims superiority over fellow MCs.

It is known that Dre does not pen his own lyrics, but rather employs a stable of rappers to do so under his close  supervision. But in “Nuthin but a ‘G’ Thang,” it would appear Dre’s usually keen editorial eye did not catch the faltering bravado of this couplet:

Droppin’ the funky shit that’s makin’ the sucka niggas mumble
When I’m on the mic, it’s like a cookie, they all crumble

That’s right: when Dr. Dre’s on the mic, “it’s like a cookie.” Sucka MCs crumble before him.

This might be a passable boast were the MC that notorious blue versifier from the hood of Sesame, MC Cookie Monster, but Dr. Dre of Compton? 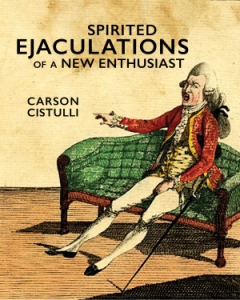